The Solar Eclipse is Against the Odds in ANY Solar System 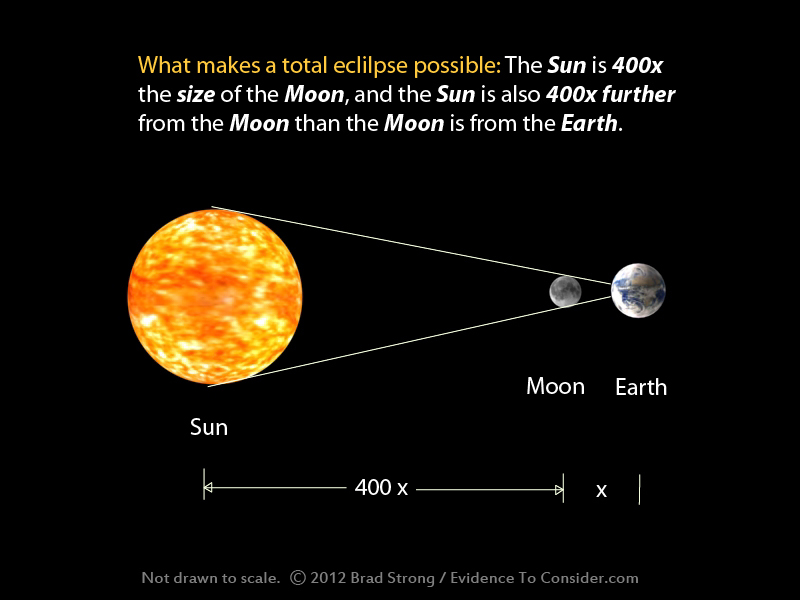 Because these sizes match up so well, it makes both a total and annular (in which we can see the edges of the Sun) eclipse possible. There is no other planet in our solar system that has this kind of possibility. While there are 166 moons orbiting eight planets in our solar system, the moons are all either too close, too far away, too oddly shaped, too big, or too little to permit it. While Jupiter does have three moons that can block the Sun’s light, the fit is not perfect as it is with the Earth and Moon. Our Earth is the only planet in our solar system that has this design feature. Thus the solar eclipse is against the odds in any solar system. See this link for more information about the solar eclipse.

Is this by sheer chance, or could it be the hand of God that designed it this way? We can look back to Genesis for part of our answer:

The Hebrew word for “signs” is Moed, which means “appointed time”, “meeting”, and “appointed sign”. It is entirely possible and worth considering that the perfect size matchup between our two nearest and most influential heavenly bodies is by divine design, rather than chance. Yet another reason to consider that God exists.

This entry was posted in Astronomical, Fine Tuning of the Universe and tagged moon, solar eclipse, solar system, sun. Bookmark the permalink.